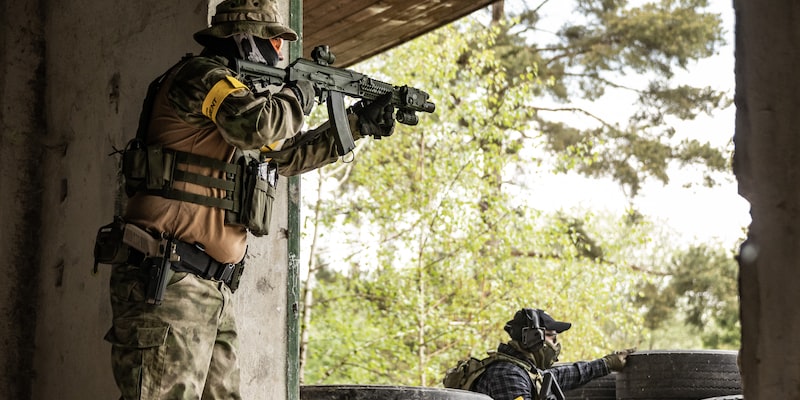 The process of joining the Indian Army

The process of joining the Indian Army is not as complicated as one might think. There are a few basic steps that need to be followed in order to join the Army. The first step is to visit the Indian Army website and register yourself. After registration, you will be required to login and fill out an application form. Once the form is submitted, you will be called for an interview.

Aspiring soldiers can join the Indian Army in a few different ways. The most common way to join is through the National Defence Academy (NDA) and the Indian Military Academy (IMA).

Individuals who want to join the Army can also attempt to directly enter one of the many Army Rashtriya Rifles regiments. There are many other ways to join, including through the Territorial Army, which is a part-time commitment, or through one of the Central Armed Police Forces.

The process of joining the Indian Army is thus:
1) Pick which route you wish to take
2) For NDA and IMA, write the entrance exams and clear them
3) Join the academy you've been allotted to
4) Complete your training
5) Be commissioned as an officer in the Indian Army

The different roles in the Indian Army

The different roles in the Indian Army include:

1. Infantry: The infantry is the main fighting force of the army. They are responsible for carrying out operations on land.

2. Artillery: The artillery provides support to the infantry by attacking enemy positions with their guns.

3. Armour: The armour is responsible for protecting the infantry from enemy attacks with their tanks and other armoured vehicles.

4. Engineers: The engineers help in construction and repair work, as well as provide support during battle by clearing mines and constructing bridges.

5. Signals: The signals helps in communication between different units of the army by setting up and maintaining radio and telephone lines.

There are different roles in the Indian Army depending on one's qualifications and interest. Some common roles are:

- Officers: They lead from the front and are responsible for planning and executing military operations. They are also involved in training soldiers and guiding them on various tasks.

- Other Ranks: These include soldiers who perform a wide range of functions like combat, engineering, medical, clerical, etc.

What are the benefits of joining the Indian Army?

The Indian Army provides many benefits to its members, including the following:

-A stable and secure career: The Indian Army is a government organization, which means that it offers job security and stability.

-A good salary and perks: Members of the Indian Army are paid well and also receive several allowances and perks, which makes it a very attractive career option.

-A chance to see the world: The Indian Army often sends its members on peacekeeping missions abroad, which gives them a chance to travel and see different parts of the world.

-An opportunity to learn new skills: Members of the Indian Army are given training in various fields, ranging from weapons handling to leadership skills. This makes it a great place to learn new things and develop one's skillset.

How to prepare for a career in the Indian Army

The best way to prepare for a career in the Indian Army is to complete your schooling and then attend college. After completing your education, you should focus on gaining military experience through internships or working in the defence sector. You can also join the National Cadet Corps (NCC) or the Territorial Army (TA) to get a taste of military life. When you have gained enough experience, you can sit for the Common Entrance Examination for Officers (CEE-O) and other entrance exams to join the Indian Army.

2. Understand the requirements. A career in the Indian Army requires dedication and commitment. You will need to meet physical, mental, and educational requirements. Make sure you are familiar with these requirements before you begin the application process.

4. Get in shape physically. A career in the Indian Army requires physical fitness. Start working out now to make sure you are physically fit enough to meet the demands of military life

Joining the Indian Army is a great way to serve your country and protect its citizens. The process to join is simple and straightforward, and you can find all the information you need on the official Indian Army website. All you need to do is meet the eligibility requirements, fill out an application form, and take an entrance exam. Once you've completed these steps, you'll be on your way to serving your country as a proud member of the Indian Army.